After having a couple months without any tournaments I was excited to get back to Asia to kick off the second half of the year. I had done some really good work during the break and I was keen to put it to the test in a competitive environment. First up in the 5 tournament stretch was the PGM Northport Championship in Malaysia.

Having my first look at the Glenmarie G&CC I was very impressed. Condition of the course was awesome and the greens were firm and fast. The rough was thin, however it was quite spongey so the ball would nestle down and it would be hard to control.

Got off to a good start by shooting 69 (-3) after not really having my best game, grinded away and made the most of my opportunities. This however would be probably my most comfortable round all tournament. The rest of the week was really difficult, I really struggled to put the ball in the fairway which had me hitting too often from the rough where I would get very little control on the ball. My short game and putting was my strength for the week and it really kept me in it. Ended up shooting 69 (-3) 74 (+2) 76 (+4) 69 (-3) 288 (Even) to finish in T-27th. Next up was the Louis Phillipe Cup in Bangalore, India

Having never been to India I was unsure of what to expect….but what I was met with was certainly not how India was described to me. Prestige Golfshire was the tournament venue and it was absolutely fantastic! It was situated about 45mins out of town and it is an awesome facility, really big, modern clubhouse with a top quality Golf course to match. Course was in fantastic condition and it set up perfectly to host a tournament. Being at the base of the Nandi Hills the course was exposed to wind everyday which provided a strong challenge.

I liked the way the course played, very strategic with a lot of emphasis on position off the tee so that you could have a good angle in for your approach. After a good practice round I was ready to get stuck in.

Following last week’s difficulties off the tee I had worked hard on keeping the ball in The fairway more so I could have better control over my approach shots, whilst I was able to do this a little more I still really struggled with consistency. My game for the week was so up and down and it felt at times like a lucky dip standing over the ball….really wasn’t sure what I was going to get. Pretty tough week overall and I shot 73 (+3) 69 (-2) 72 (+2) 72(+2) 286 (+6) and T-40th.

Whilst the results have not been as good as I would have liked there have certainly been a lot of positives to take from both week’s. Every round has felt like hard work so far but my mental game has been really strong and I have been able to grind it out and get in with the best score I could for the day. Have been behind the 8 ball a lot so far but during the second round in India I made 2 double bogies in the first 5 holes which placed me way outside the cut line however I was able to regroup and grind out a score to make the cut on the number….this was very pleasing as I feel that earlier in the year this might not have happened and last week I made the 3rd most birdies in the field  (19)….so there is plenty of good stuff happening.

Back in Malaysia for this week’s event at Sabah Golf Club. With a bit more consistency and a few less errors I’m confident that I can be in the mix come the back 9 Sunday. 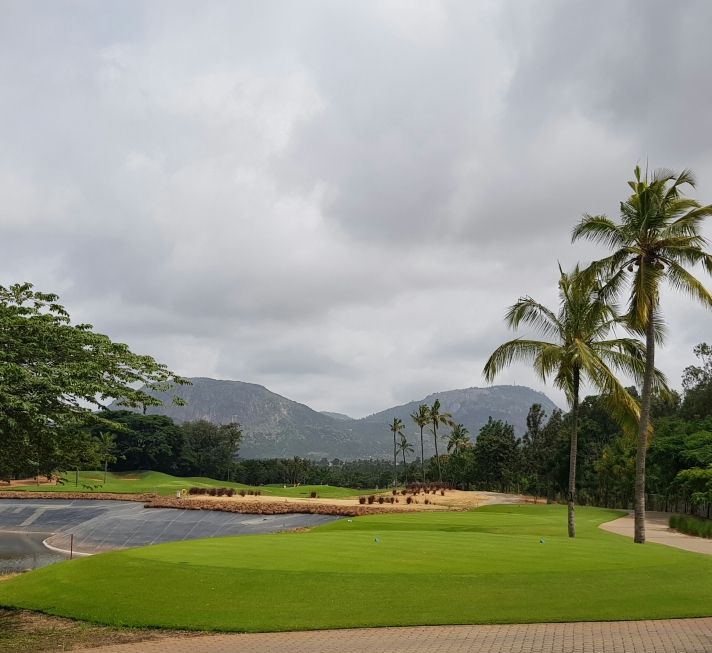